The Andalusian Energy Agency is a government-owned entity assigned to the Regional Ministry of Employment, Business and Trade, whose mission is to develop the policies of the Andalusian Regional Government aimed at optimising the energy supply of our region, from an economical and environmental point of view.

The Agency has been developed as an initiative under the framework of the VI Andalusian Social Agreement as a tool available for the Andalusian social, entrepreneurial and institutional network to promote the sustainable energy development of our region.

The Governing Board approved the Statutes of the Andalusian Energy Agency through Decree 21/2005, of 1st February, which regulates the management and governing bodies of the entity which in turn are governed by a Presidency, a Governing Board and General Direction. An Advice Council acts as a consulting body.

The Andalusian Energy Agency is to coordinate and promote the objectives established in the energy policies of the Regional Government. 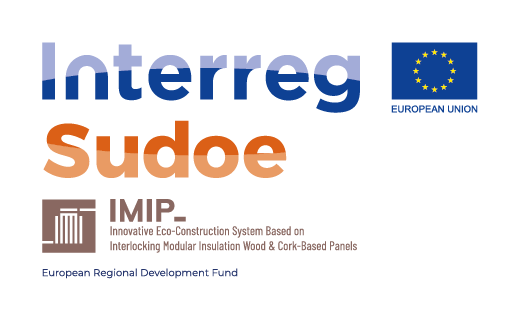 Design, validation and implementation of an ecological construction system based on natural biological materials to improve energy efficiency in public buildings, contributing to the mitigation of climate change.
Modular interconnected wood and cork insulating panel systems can replace traditional systems, generating technical, environnemental and socio-economic benefits for smart, sustainable and inclusive growth, through the implementation of networks and joint experimentation.

The IMIP project is co-financed by the Interreg Sudoe program and the European Regional Development Fund (ERDF).

The newsletter of the Interreg Sudoe IMIP project will be sent to you twice a year. It contains articles on the project's progress, information of interest related to the project, dates of upcoming events and dissemination of results. Subscribe ...


This site uses cookies to facilitate your navigation. By continuing to use this site, you consent to the use of cookies.OkPrivacy policy